The 2018/2019 Noun Admission List has been released and its available online via the university website portal – http://nou.edu.ng

This is to inform all the candidates that applied to the National Open University of Nigeria (NOUN) 2018/2019 academic session admissions that the authorities of the institution have published the names of students admitted into their various first degree programmes. 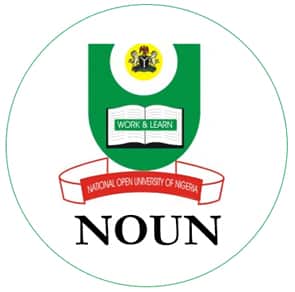 I want to share with you, the step by step procedures on how to Check NOUN Admission lists. This guides and procedures will show you, how to check the list of all candidates offered admission into the National Open University, for the 2018/19 Academic session.

One of the major reasons why i decided to write down this guidelines, is for all applicants who have successfully registered for Noun, and are eagerly waiting to check the list of admitted students, if their name is there. Although most candidates have faced several challenges in checking this list, due to the fact that there is no guidelines, you seriously need not to bother again, because after you might’ve been done with this tutorial, Checking NOUN Admitted students won’t be a problem any longer.

Here is a step by step procedures on how to check the List of all candidates who have been offered admission into the institution for the 2018/19 academic session.

How to Check Noun Admission Lists:

All interested persons should take note, that this guides will provide you, with the procedures on how to check NOUN list of admitted students on each program.

Step 1: The first step is to visit the institution official portal at NOUN School Website = http://www.nou.edu.ng

Step 3: When the Admission List portal opens up, you are required to enter any of the following listed below;

Your Application Form Number,
Your Name, First Name, Middle Name or Surname. (You can ONLY enter one, either your first name, middle or surname, you can not enter the three names at once)

in the provided space. Upon hitting the Search button.

Step 4: If you enter your application form number, the search button will show you, YOUR admission status if you have been successfully admitted into the institution. However, if you enter either your first name, surname or Middle Name, you will be shown a list of candidates offered admission bearing the same name as you.

Yes, that is it! You can easily view the NOUN list of admitted students, who have been offered admission on each program session.